Alcoholic Beverages Delivered to Your Door via a Smartphone App? Yes, It’s Legal. 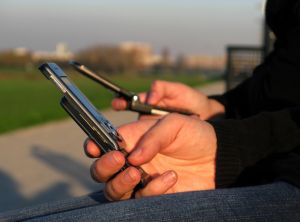 In this age of increasingly complex and consistently advancing technology, it is not surprising that a customer need go no further than an “app” on a Smartphone to purchase alcohol, which is then subsequently delivered to the customer’s doorstep within an hour.   The alcoholic beverage industry is highly regulated in New York, and the sale of beer, wine, and spirits is only permitted if the seller is in possession of a valid license or permit and the purchaser is over twenty-one years of age. So how can the stringently regulated activity of purchasing alcoholic beverages possibly be permitted through a Smartphone app?

The creators of Drizly, an app for mobile phones through which alcoholic beverages can be purchased, have successfully figured out how to comply with the regulations surrounding the sale of alcoholic beverages while fostering the remote purchase of alcohol from some place other than the liquor store itself. Drizly allows a consumer who has downloaded the App to set a delivery location, search the inventory of nearby participating liquor stores, place an order, and have his purchase delivered in thirty to sixty minutes by a driver from the liquor store. Upon arrival, the driver will check the purchaser’s identification, the authenticity of which is verified by sophisticated forensic software. This identification authentication system also prevents underage drinking by detecting fake IDs (the use thereof will void the transaction). Provided that the identification is valid and the purchaser is of legal drinking age, the sale of alcoholic beverages is then complete.

Upon its inception, Drizly’s services were only available in Boston. They have since expanded to include New York, Denver, Chicago, Los Angeles and Washington D.C., with plans to extend their services to more cities in the Midwest and on the West Coast.  However, Drizly is not the only web-based entity to master this concept. Caskers offers consumers another vehicle through which they can purchase alcohol from local craft distilleries via the Internet.

In a series of Declaratory Rulings, the SLA set forth the rules that currently govern the sale of alcoholic beverages under the circumstances discussed above.   In sum, the sale of alcohol through a website or a Smartphone app will comply with New York State law if the licensed seller controls all aspects of the transaction. The licensee must be the one to determine which alcoholic beverages to sell, the price point at which they will be sold, and the brands to advertise, if any. Furthermore, the licensed seller must regulate the acceptance and fulfillment of each order. The third party’s compensation should be the limited to a flat fee that is not contingent on the amount of sales or volume sold; a third party who receives a percentage of each sale or the total amount sold would not be in compliance with the SLA’s regulations.

If you are in need of a retail or wholesale liquor license or require assistance with an existing license, the attorneys at Rudner & Paleudis LLC are proficient in obtaining liquor licenses and handling all related matters before the New York State Liquor Authority. To speak with a knowledgeable advocate about your needs, please contact the firm either through our website or at (212) 949-0138 in New York City, (914) 220-8270 in White Plains, or (203) 355-3635 in Stamford, Connecticut.