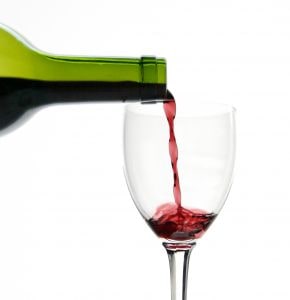 New Jersey laws governing alcoholic beverages are among the most complex in the United States, with many of its intricacies not found in other states' laws. In addition to meeting the state's standards for the liquor license process, one must coordinate the application and maintenance of their license with local municipalities that also have licensing authority. The entire process of obtaining a liquor license in New Jersey  is expensive and time consuming, and calls for great attention to both state and local requirements.

Additionally, the liquor laws in New Jersey date back to the 1940's and are therefore in dire need of reformation, according to some state lawmakers and business oriented people. The outdated law allows for only one on premises license for retail sale and consumption per 3,000 people. At the time it made sense, but now there are many inactive licenses in certain municipalities, while towns that are heavily populated often don't have enough licenses.

A severe problem linked to allowing one license per 3,000 people is the disparity in pricing amongst different municipalities. For example, The Cheesecake Factory paid $2.3 million for a liquor license for its Short Hills Mall location, while a license in Clifton, NJ costs less than $100,000. Licenses are typically obtained either by purchase from an existing licensee or from the state as a result of population growth. Therefore current licensees hold a lot of power in their hands because they can inflate the price given the high demand.

Another issue within the current framework of Alcohol Beverage Control Law in New Jersey is the prevention of any person or corporation from having more than two retail distribution licenses. This prohibits supermarkets and other chain stores from expanding their operations within the state and often encourages businesses to establish themselves elsewhere, in locations with more flexible and inviting laws.

A recent panel discussion was held at the Edward J. Bloustein School of Planning and Public Policy by the New Jersey chapter of NAIOP, a commercial real-estate trade group. At the event, the professionals focused on issues that show the need for reformation of old, outdated regulations. Why do those involved with commercial real estate care about the liquor license process? Because they want to protect their clients, as well as other business owners, that already hold licenses. "The license holders are the beneficiaries of the monopoly", George Jacobs, a principal of Clifton based Jacobs Enterprises Inc. "We're trying to figure out compensation schemes where these guys will not be hurt, but economic development can be stimulated." He went on to explain why the current system of law poses challenges to developers, supermarkets, and restaurateurs. "The law breeds corruption, inefficiency, delay and costs," he said.

Jacobs said that the New Jersey chapter of NAIOP is working with a state lawmaker to update the outdated regulations. One possible solution that has been discussed is to allow the transfer of liquor license between municipalities, but nothing has been settled on and the lawmaker said that a potential bill to submit to the state legislature is still a work in progress. New regulations would likely better the economy and benefit both current instate entrepreneurs, as well as out of state interests that are looking to establish in New Jersey.

If you are interested in applying for or purchasing a liquor license in New York, New Jersey, or Connecticut, the liquor-licensing attorneys at Rudner & Paleudis, LLC can help you understand your rights and advocate for your interests. To speak with a knowledgeable advocate regarding your case, please contact us today through our website or at (212) 949-0138 in New York City, (914) 220-8270 in White Plains, or (203) 355-3535 in Stamford, Connecticut.