More Room for a Bubbling Cider Industry in New York 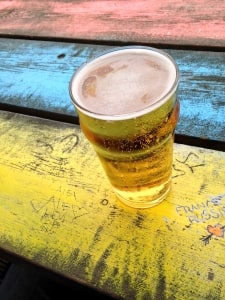 At the beginning of the summer, New York Governor Andrew Cuomo announced an agreement with legislative leaders to further the support of the growing craft beverage industry by reducing burdensome requirements for producers and limiting restrictions on the marketing of craft products. The bill would allow producers to hold beverage tastings and to serve their products "by the bottle" and "by the glass" without requiring a separate license. The legislation would also increase the production cap for farm distilleries and other small producers, and thus allow them a greater opportunity to maximize their profits. This bill will open the doors for different marketing techniques and will thereby help beverage producers and the industry as a whole become more profitable, in addition to helping the New York State economy. The Craft New York Act passed both the State Assembly and the State Senate at the end of the session, however, it will take effect only after being signed by Governor Cuomo.

This bill is a response to some of the needs of craft beverage producers in New York that were expressed at the State's second Wine, Beer, Spirits, and Cider Summit held in April. The needs of cider producers were also addressed in 2013 with the introduction of the CIDER Act (Cider Investment and Development through Excise tax Reduction Act) in Congress, which had support from both parties, including from New York legislators. The federal bill would change the definition of cider in the Internal Revenue Code and address the reality that many cider producers use raw, natural materials, and thus, they often have  limited ability to control the exact amount of alcohol content and carbonation in their products. Under the existing law, if the contents of cider exceed certain limits, the cider could be taxed as wine or even as champagne, which could be up to $3.40/gallon.

In order to avoid this heavy tax, the CIDER Act would change the definition by doing three major things:

Both the state and federal legislation will be great for beverage producers and will certainly alleviate specific concerns amongst patrons in the state of New York. Currently, New York has one of the highest number of apple orchards in any one state in the country and thus, the successful sale of cider not only helps the booming craft beverage industry, but it also aids local apple growers. Governor Cuomo announced a $6 million campaign to raise awareness of this industry and specifically it's successes in New York, so that it could serve as a model for other states and encourage entrepreneurs to establish businesses and seek liquor licenses, both retail and wholesale, in the state of New York.

If you are considering cider production, or any other alcohol production or sale in New York, New Jersey, or Connecticut, the liquor licensing attorneys at Rudner & Paleudis, LLC can help you understand your rights and advocate for your interests. To speak with a knowledgeable advocate regarding your case, please contact us today through our website or at (212) 949-0138 in New York City, (914) 220-8270 in White Plains, or (203)  355-3635 in Stamford, Connecticut.