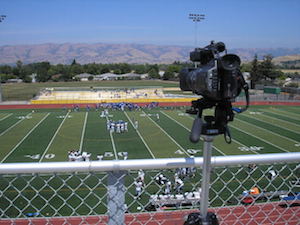 In October, the National Football League (NFL) was hit with a copyright infringement lawsuit that was filed in New York by several freelance sports photographers. In Spinelli, et al. v. National Football League, et al. , seven photographers accused Getty Images and the Associated Press (AP) of providing their photos to the NFL without paying the appropriate royalties. According to the complaint, the NFL allegedly used its market power to obtain the images without charge from both Getty and the AP.

According to the lawsuit, Getty, the AP, and the NFL infringed on the freelance photographers’ copyrights when the NFL was allowed to display numerous sports photos without payment to the plaintiffs. In addition, Getty and the AP are accused of breach of contract for allowing the alleged infringement. The NFL has responded by filing a motion to be dismissed from the case.

In its motion, the league claims the sports photographers’ real dispute is with the co-defendant image companies. The NFL argued that it did not infringe on the plaintiffs’ copyrights because the league obtained valid license to use the images at issue from Getty and the AP. The AP also sought dismissal of the case due to the purportedly broad rights the image company obtained through the photography agreements. Interestingly, Getty did not seek to have the case dismissed but instead filed a demand for arbitration pursuant to the terms of the photography contracts.

If you are facing a copyright or other intellectual property dispute, contact the knowledgeable New York City intellectual property lawyers at Korngut Paleudis LLC. Our experienced attorneys are available to help you analyze the key issues and develop a litigation strategy that best suits your business needs.

The hardworking lawyers at Korngut Paleudis LLC have more than 45 years of experience assisting clients who are located in New York, New Jersey, and Connecticut. To speak with a skilled advocate about your intellectual property or other business law claim, please contact Korngut Paleudis LLC through the law firm’s website or give us a call at (212) 949-0138 in New York City, (914) 220-8270 in White Plains, or (203) 355-3635 in Stamford, Connecticut.