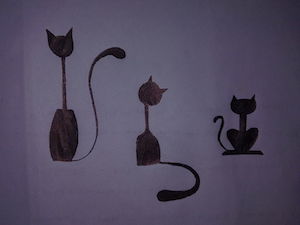 The U.S. Supreme Court recently heard arguments in Alice Corp. Pty. Ltd. v. CLS Bank Int’l, a dispute over a series of patents on computer processes used in financial transactions. Rulings in lower courts disagreed over whether the patents in question primarily involved abstract ideas, which are not eligible for patent protection. 35 U.S.C. § 101. The Federal Circuit Court of Appeals ruled that the patents are valid, reversing the district court’s ruling. A plurality opinion offered guidance on whether a claim involves an abstract idea under § 101. The Supreme Court agreed to hear the case, making it the court’s first case involving software patents since Gottschalk v. Benson, 409 U.S. 63 (1972).

Alice Corporation owns four patents on methods, including computer programs, for managing risk in certain financial transactions. The company claimed that CLS Bank began using similar technology in 2002. It notified CLS Bank, and they discussed licensing Alice’s patents. CLS Bank sued Alice in federal court in Washington, DC in 2007, seeking a declaratory judgment that it had not infringed Alice’s patents, and that the patents were invalid and unenforceable.

The district court held that the patents were invalid. CLS Bank Int’l v. Alice Corp. Pty. Ltd., 768 F.Supp.2d 221 (D.D.C. 2011). The subject matter of the patents was unpatentable under § 101, according to the court, which cited Bilski v. Kappos, 130 S.Ct. 3218 (2010). That case involved patents involving business methods used in commodities trading. The Supreme Court ruled that the patents were invalid under § 101, but declined to embark on a further examination of “what constitutes a patentable ‘process.'” Id. at 3231.

Alice appealed to the Federal Circuit, which ruled 2-1 to reverse the district court. CLS Bank Int’l v. Alice Corp. Pty. Ltd., 685 F.3d 1341 (Fed. Cir. 2012). It held that it was not “manifestly evident” that the patent claims covered an abstract idea, and that a plaintiff must show that “the single most reasonable understanding” of a claim is that it only covers a “fundamental truth or disembodied concept.” Id. at 1352.

After an en banc rehearing, a very divided court affirmed the decision. CLS Bank Int’l v. Alice Corp. Pty. Ltd., 717 F.3d 1269 (Fed. Cir. 2013). A plurality opinion, which was one of six, devised two tests to determine whether a patent claim was primarily an “abstract idea.” The first test seeks to identify the “fundamental concept” at issue in the claim:

Korngut Paleudis LLC’ intellectual property attorneys have represented clients in New York, New Jersey, and Connecticut for more than 45 years. To speak with a knowledgeable and experienced advocate, please contact us today through our website or at (212) 949-0138 in New York City, (914) 220-8270 in White Plains, or (203) 355-3635 in Stamford, Connecticut.