The Ebola Virus Infects the USPTO With a Patent Battle

In recent months, the spread of the Ebola virus has been a hot topic for the media, as well as a source of concern for human beings across the globe. Interestingly, it has been reported that the Ebola virus has infiltrated the United States Patent and Trademark Office (USPTO), not in the form of an infectious disease, but rather as the subject of a patent application submitted by the U.S. Government through the Centers for Disease Control and Prevention (C.D.C.). However, the battle between the USPTO and the C.D.C. over an Ebola patent began long before the present global outbreak of the virus. 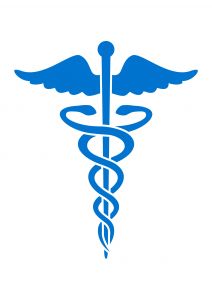 The C.D.C., which initially submitted its application with the USPTO approximately five years ago, seeks a patent for a weakened strain of the Ebola virus, which makes the virus safe to work with in order to develop vaccines and treatments for the disease. This is a relatively common practice for the C.D.C. as they have sought patent protection for strains of other viruses in the past, like the SARS (severe acute respiratory syndrome) virus, for purposes of creating vaccines and discovering cures for these potentially life threatening diseases. The C.D.C. already holds one patent for Ebola: Patent No. CA2741523A1 granted in 2010 for EboBun, a strain of the Ebola virus that is different from the Ebola Zaire (EBOV) virus, which is the cause of the 2014 outbreak. News that the C.D.C. already had an Ebola patent sparked much controversy and numerous reports claiming that the U.S. Government was only trying to profit off of the deadly disease.

Why would the C.D.C.’s attempt to obtain a patent cause such an uproar? A patent offered by the USPTO creates a monopoly for the inventor by preventing others from using, creating, or reproducing the invention without permission for a period of twenty years. Permission to re-create or use the invention can be granted in the form of a license issued from the inventor. A patent therefore is a valuable asset to an inventor because it protects against the unauthorized use and exploitation of the invention by others and it provides an opportunity, at the inventor’s sole discretion and prerogative, to license use of the invention, which can prove to be extremely profitable for the inventor.

Some believe that the U.S. Government’s motivation in pursuing a patent for the Ebola virus is driven by the billion-dollar windfall that can result from patent licensing. The C.D.C. argues that the Government’s reason for pursuing the Ebola patent is quite the opposite. By holding a patent, the Government can avoid paying costly licensing fees that would be charged by a patent-holding, private research and development company for access to their discovery and research. Further, the C.D.C. would make their information and studies available to the public in order to expedite the discoveries of vaccines and cures.

Regardless of which school of thought one believes, the issue for the USPTO is whether the C.D.C.’s attenuated version of the Ebola virus has transformed it enough from its natural state to warrant patent protection. Living things are not patentable under patent law, and only those that have been altered from their natural state can be considered for patent protection. The evolution of technology, which has produced marked medical advancements, has challenged what existing patent law considers “living” or a “natural state.” The Supreme Court of the United States has interjected in some debates of this nature. In 1980, in Diamond v. Chakrabarty , the Court ruled that an inventor’s engineered bacteria capable of breaking down crude oil to assist in the clean up after an oil spill was patentable, despite the fact that microorganisms are living things. More recently, in 2013, in Association for Molecular Pathology v. Myriad Genetics , the Court held that a sequence of genes, which is indicative of cancer, found by Myriad was not patentable since the sequence alone could be found in nature; genes which are just isolated from their surrounding genetic material but still remain in their natural state are not patentable.

These cases raise the issue of how modified a virus, bacteria, living thing, etc. needs to be from its natural state in order to be patentable. (The Myriad Genetics case was decided after the USPTO granted the C.D.C.’s 2010 Ebola patent. One wonders if the C.D.C.’s attenuated EboBun strain of the Ebola virus would qualify for patent protection today under the “altered enough from its natural state” standard). In a world of genetic engineering, which is rapidly growing and developing, it will be interesting to see how the Supreme Court and USPTO address these burgeoning issues. However, as it stands now, the battle between the C.D.C. and the USPTO continues, and as far as the USPTO is concerned, the C.D.C. needs further alteration of its Ebola virus from its natural state to garner patent protection.

If you have an invention you think may be patentable, the attorneys and Korngut Paleudis LLC have extensive experience evaluating the patentability of inventions through personal knowledge and by conducting patent searches, advising clients how to proceed in order to protect their intellectual property rights, and filing patent applications with the USPTO. Additionally, the attorneys at Korngut Paleudis LLC are experienced in litigating intellectual property disputes. To protect your valuable intellectual property, either through obtaining a patent or enforcing your rights through an infringement action, or if you have a patent you wish to license, do not hesitate to contact the attorneys at Korngut Paleudis LLC either through our website or at (212) 949-0138 in New York City, (914) 220-8270 in White Plains, or (203) 355-3635 in Stamford, Connecticut .