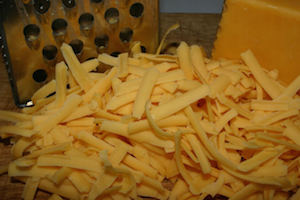 A ruling in a pending trademark dispute will keep Cracker Barrel restaurant products off of grocery store shelves across the United States for the time being. In Kraft Food Group Brands LLC v. Cracker Barrel Old Country Store Inc., Kraft filed a trademark infringement case against the Tennessee-based restaurant chain and asked a district court to issue a preliminary injunction after learning the restaurant company intended to market ham and other packaged products in select grocery store chains. Cracker Barrel is a registered trademark owned by Illinois-based Kraft Food Group. Since 1954, Kraft has sold more than $100 million worth of Cracker Barrel-brand cheese at a variety of grocers throughout the nation.

According to Kraft, an injunction to prevent Cracker Barrel from selling its products in grocery stores is merited because a likelihood of product confusion exists and consumer dissatisfaction with the restaurant’s products may be falsely attributed to Kraft. Despite that the restaurant had no intention of selling cheese products in grocery stores, the district court granted Kraft’s request and issued the temporary bar. Cracker Barrel Old Country Store then appealed the order to the United States Court of Appeals for the Seventh Circuit.

First, the appeals court noted “that a trademark does not entitle its owner to prevent all other uses of similar or even identical marks.” Next, the court examined the label placed on each of the two products and stated that the likelihood of confusion does not arise from any similarities in the two logos or the type of products being sold. Instead, the court held the confusion arises from those factors combined with the fact that the goods are being delivered to consumers through the same distribution channel, grocery stores, and sold using the same advertising circulars. In addition, the Seventh Circuit found that confusion may arise between the products due to their relatively similar cost point.

The court continued by stating that the value of a trademark is familiarity and consumers are not likely to closely scrutinize the label of products they perceive to be the same. Because of this, the quality of the restaurant’s products could adversely affect Kraft despite that the company has no control over how the items are produced. The appeals court continued by stating the likelihood of confusion and harm to Kraft’s goodwill outweighs the possible harm to consumers that may result from a decrease in competition.

Finally, the Seventh Circuit upheld the preliminary injunction because Kraft has a strong likelihood of prevailing at trial and a failure to issue the bar may cause irreparable harm to the company.

The experienced lawyers at Korngut Paleudis LLC have more than 45 years of experience assisting clients who are located in New York, New Jersey, and Connecticut. To speak with a knowledgeable advocate about your intellectual property or other business law claim, contact Korngut Paleudis LLC through the law firm’s website or give us a call at (212) 949-0138 in New York City, (914) 220-8270 in White Plains, or (203) 355-3635 in Stamford, Connecticut.