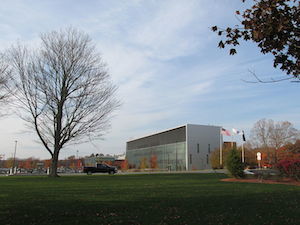 A U.S. district judge reopened a patent lawsuit, which claims that a pending generic drug application infringes an active patent, in a sealed order. Shire Dev. LLC, et al v. Cadila Healthcare Ltd., et al , No. 1:10-cv-00581, sealed order (D. Del., Feb. 27, 2014). The court had ordered the case administratively closed in February 2013. The defendants appear to have continued applying for approval from the U.S. Food and Drug Administration (FDA) for the generic drug, and moved to reopen the case at some point during that process. Unfortunately, the many sealed and redacted documents in the case make understanding the precise reasons for the actions of the parties and the decisions of the court difficult, if not impossible.

The plaintiffs, Shire Development, LLC and others, manufacture and sell Lialda, which treats ulcerative colitis and other forms of inflammatory bowel disease. The defendants, Cadila Healthcare and Zydus Pharmaceuticals, filed an Abbreviated New Drug Application (ANDA) with the FDA seeking approval to manufacture, use, and sell mesalamine, a generic version of Lialda. In a lawsuit filed on July 7, 2010, the plaintiffs alleged that the ANDA infringed U.S. Patent No. 6,773,720, which covers “controlled-release oral pharmaceutical compositions” of mesalazine. The plaintiffs reportedly sought to delay the ANDA until the patent expires.

The court administratively closed the case by an order dated February 22, 2013. It noted that it had vacated all of the court settings, including all pretrial conferences, pretrial hearings, and the trial date, by a sealed order dated May 21, 2012. As of February 2013, it held that the issues making the earlier order necessary remained “unresolved.” This stayed any pending motions and tolled any deadlines. The order stated that either party could move the court to reopen the case “as circumstances warrant.”

In its February 2013 order, the court ordered the defendants to submit copies of any documents sent to or received from the FDA with regard to the ANDA. It also ordered the defendants, upon receipt of FDA approval for the drug, to give notice to the plaintiffs, and it barred them from selling, marketing, or importing the drug in the U.S. for forty-five days after the plaintiffs receive that notice.

The defendants moved to reopen the case on January 31, 2014. Although copies of the motion have been redacted by the court, it is clear that the defendants offer at least two arguments. First, they claim that circumstances warrant reopening the case because of progress on the ANDA. Second, they argue that a ruling in Shire Dev., LLC v. Watson Pharm., Inc., No. 13-1409, sealed op. (Fed. Cir., Dec. 2, 2013), changes the nature of the lawsuit. That ruling was in an appeal from a district court order finding that another company’s ANDA infringed the same patent. Shire Dev., LLC v. Watson Pharm., Inc., No. 12-60862, opinion (S.D. Fla., May 9, 2013). The court granted the motion to reopen on February 27, 2014.

For over 45 years, the intellectual property attorneys at Korngut Paleudis, LLC have represented clients in business and commercial disputes in New York, New Jersey, and Connecticut. Please contact us today through our website or at (212) 949-0138 in New York City, (914) 220-8270 in White Plains, or (203) 355-3635 in Stamford, Connecticut to schedule a confidential consultation with a knowledgeable advocate about your business law claim.