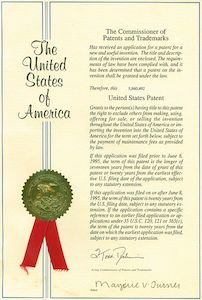 A court’s process of interpreting the language of a patent claim during patent infringement litigation is known as “claim construction.” Two questions often emerge after a court rules on claim construction: deference to the trial court’s findings, and the meanings of words used in the claim. Rulings from the Federal Circuit Court of Appeals over the years have at times relied on specific definitions of words provided within the claim itself. At other times, courts have used the plain meaning of the words. A recent Federal Circuit decision, Lightning Ballast Control LLC v. Philips Electronics North America Corp., 744 F.3d 1272 (Fed. Cir. 2014), addresses the question of appellate review but might leave the second question unresolved.

The Federal Circuit ruled that appellate courts may review claim construction de novo, meaning that they are not obligated to defer to the trial court’s findings. Cybor Corporation v. FAS Technologies, Inc., 138 F.3d 1448 (Fed. Cir. 1998). The majority opinion in Lightning Ballast affirmed this view, 744 F.3d at 1292, but it did not address the question of how to define terms used in a patent claim. A dissenting opinion noted this oversight, stating that “Cybor…ignores the realities of the claim construction process.” Id. at 1304 (J. O’Malley, dissenting).

The Federal Circuit seems to have adopted a “specification” standard for claims construction in an en banc decision in Phillips v. AWH Corp., 415 F.3d 1303 (Fed. Cir. 2005). The court, ruling en banc, held that a word’s “ordinary and customary meaning” would be that used by “a person of ordinary skill in the art in question at the time of the invention,” id. at 1313, but also that the words must be read in the context of the overall specification, id. at 1315. Many subsequent decisions have applied this “specification” holding. See Retractable Techs. v. Becton, Dickinson and Co., 653 F.3d 1296, 1305 (Fed. Cir. 2011) (“Claim language must always be read in view of the written description.”)

The expansion of the claim construction rule in Thorner and Woods, based on Vitronics, could prove problematic in future cases, since it seems to contradict Phillips. The Federal Circuit has generally held that a three-judge panel cannot overturn a prior en banc decision. Vas-Cath Inc. v. Mahurkar, 935 F. 2d 1555, 1563 (Fed. Cir. 1991). The en banc decision in Phillips cited several parts of Vitronics but not its exceptions to the “ordinary and customary meaning” rule. The court may have to address whether its recent decisions conflict with Phillips‘ holding.