Nature of Patent Protection and Patent Rights Under Review by Congress 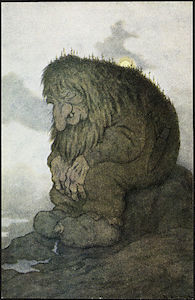 Patent infringement litigation has become a highly controversial subject. Certain individuals and businesses, known as patent assertion entities (PAEs) or, less charitably, “patent trolls,” are accused of filing patents or purchasing patents from others for the sole purpose of enforcing them rather than commercializing them. This practice has reportedly had a significant impact on numerous industries, especially technology. Legislation that has passed the U.S. House of Representatives would make some of the more controversial types of PAE claims more difficult, but the bill still requires the Senate’s attention.

Many or most claims filed by PAEs are described as legally dubious at best or frivolous at worst. Companies may find themselves the subject of a patent infringement claim over something that they thought was an original idea, or something that seemed too basic or “abstract” to patent. The precise impact of litigation and other claims brought by PAEs is difficult to quantify, although some estimates place the cost of defending against PAE lawsuits at as high as $29 billion in 2011. The Federal Trade Commission (FTC) has initiated an investigation of PAEs under Section 6(b) of the Federal Trade Commission Act, 15 U.S.C. § 46(b), which gives the agency broad investigative powers regarding interstate commerce.

The U.S. House of Representatives passed the Innovation Act, described as a “patent reform bill” by a 325-91 vote on December 5, 2013. The bill would modify court procedures in patent infringement cases to prevent certain issues that frequently appear in PAE claims. A common tactic attributed to PAEs is to seek a quick settlement, often characterized as a licensing fee. Recipients of PAE infringement claims range from large technology companies like Google or Apple, which may choose to settle because of the nuisance factor of the suit, to small businesses or even individuals, who might settle out of fear of lengthy and expensive litigation.

The Innovation Act would address these concerns in several ways:
– Specificity: The bill would require specific patent infringement allegations in the complaint, identifying the patent, the claim, and the allegedly infringing products or services of the defendant.
– Cost savings: Much of the expense in PAE lawsuits comes from extensive discovery requests. The bill would defer this part of the lawsuit until after the court has had a chance to rule on certain legal questions, like the validity of the patent claim itself.
– Transparency: The bill would require disclosure by the plaintiff of any individual or entity with a financial interest in the patent. This provision addresses a practice by some PAEs of using shell corporations and other legal sleight-of-hand.

– Cost shifting: Courts would be able to award attorney’s fees and costs to defendants in unsuccessful patent infringement lawsuits. This is commonly known as a “loser pays” provision, described as a way to prevent “frivolous” litigation. While the mere fact that a defendant loses a case at trial does not mean that a claim is by definition “frivolous,” such a provision does require claimants to be more judicious in the lawsuits they file.

The patent infringement attorneys at Korngut Paleudis, LLC have represented clients in business and commercial disputes for more than 45 years in New York, New Jersey, and Connecticut. To schedule a confidential consultation regarding your intellectual property or other legal matter with a knowledgeable and experienced advocate, please contact us today online, or at (212) 949-0138 in New York City, (914) 220-8270 in White Plains, or (203) 355-3635 in Stamford, Connecticut.