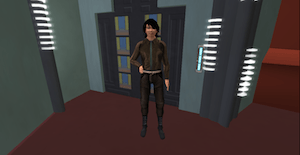 A federal judge granted a motion for summary judgment brought by the defendants in a patent infringement lawsuit and declared the patents at issue to be invalid. Worlds, Inc. v. Activision Blizzard, Inc., et al , No. 1:12-cv-10576, mem. order (D. Mass., Mar. 13, 2014). The plaintiff had filed suit against the makers of the popular video game World of Warcraft, claiming to own patents covering technology that enables multiple users to interact in three-dimensional online “virtual worlds.” The court ruled that the patents are invalid as a matter of law because they claim inventions that were in public use over a year before their effective date.

World of Warcraft is a popular “massively multiplayer online role-playing game” (MMORPG), with 7.6 million subscribers as of early 2014. Players create a character in the game, and, much as in traditional role-playing games, they are able to complete quests, fight other players, or simply explore the game environment. The ability to explore the game’s virtual world and to interact with other players and non-player characters is a major part of MMORPG’s popularity. Virtual worlds like Second Life allow users to create avatars, which they may use to interact with other users outside of the context of a video game. Second Life has even developed its own economy, with users buying and selling “real estate,” goods, and services within the virtual world.

The plaintiff, Worlds, Inc., holds several patents covering virtual world technology. The company reportedly began alerting companies that operate virtual worlds of possible patent infringement claims in 2009. This included Activision Blizzard, which owns World of Warcraft, and Second Life owner Linden Labs. It sued the video game company NCSoft for patent infringement that year, but entered into a confidential settlement agreement with the company in 2010. It filed suit against Activision Blizzard in March 2012 for alleged infringement of five patents.

Activision moved for summary judgment and asked the court to rule that the patents were invalid. A patent is invalid if, amongst other reasons, it claims an invention “in public use or on sale” more than one year before its effective date.35 U.S.C. § 102(b). The court found that Worlds developed two software products that used the technology covered by the patents between April and September 1995. Worlds claimed that the effective date of the patents was November 13, 1995, when it filed a provisional application with the Patent and Trademark Office (PTO).

Korngut Paleudis LLC’ intellectual property attorneys have represented clients in New York, New Jersey, and Connecticut for more than 45 years. To speak with a knowledgeable and experienced advocate, please contact us today through our website or at (212) 949-0138 in New York City, (914) 220-8270 in White Plains, New York, or (203) 355-3635 in Stamford, Connecticut.